So Much More To See

Let the truth be ever more revealed to you. 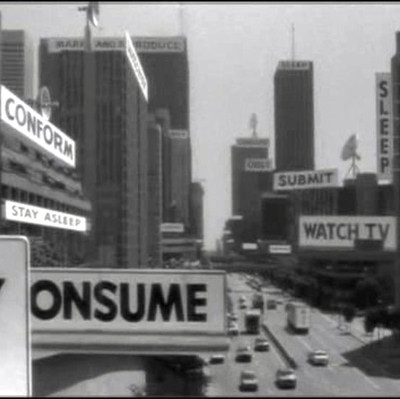 When I was 10 years old, flicking through the cable channels, I stumbled upon a movie called “They Live.” The movie was about creatures that had taken on human form but could be seen for what they really were through specially made sunglasses that very few possessed. That being the case very few people even realized they were in the midst of these alien beings. The alien creatures not only disguised their identities but disguised their method of manipulation through advertising that subliminally gave humans hidden messages that also were revealed through the aforementioned glasses. Signs for Mc Donald’s now read clearly for those who could “see:” “eat me.” Cigarette ads now read “smoke me.” And so on and so forth. The movie intrigued me deeply because I had a feeling of certainty that it illuminated a reality that existed in life and I knew that at present I did not possess those glasses but I desperately wanted them. This yearning to see the truth has been a driving force in my life.